The next two dogs were painted in May of this year, but because they were an August anniversary commission, I haven't posted them before now... National boards also delayed both painting and blogging progress.
When Bradley asked me about painting his dogs, I was hesitant- I'm not exactly experienced in the dog portrait department. However, I decided to go for it. Not only was this a fun challenge, but it opened a door to a world of people interested in having their dogs painted. One thing we can be sure of: people love their dogs (me included). Happy LATE Anniversary Bradley and Maggie! Meet sweet Izzy (black and white) and Molly (the boxer), both 11x14 acrylic on canvas board. 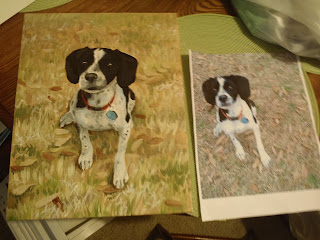 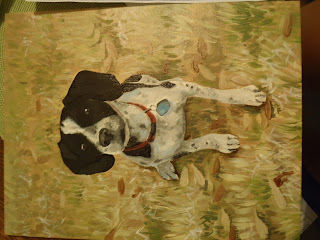 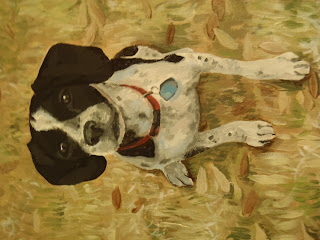 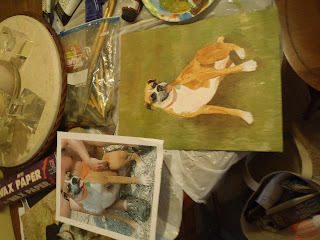 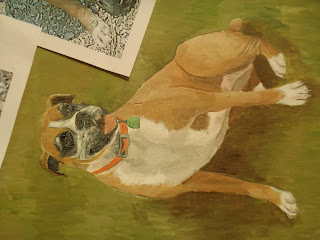 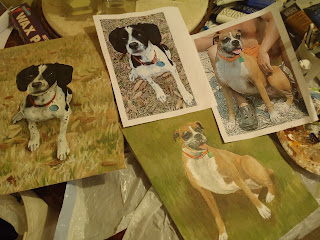 One thing I learned: I met these dogs a few weeks ago, months after their paintings were complete. Though I was pleased at the time with the reproductions from photographs, after laying my eyes on the dogs themselves I felt differently. Familiarity has a bigger role in recreating the likeness of a subject than I realized, especially when the subject has as much personality as a dog.
Meet Maggie- Another anniversary painting, but a little more recent. Completed just a few weeks ago. 12x12 acrylic on gallery-wrapped canvas. I enjoy  extending the color around the sides, especially when it's as fun as turquoise. Happy Anniversary Shana and Nelson! The beginning: 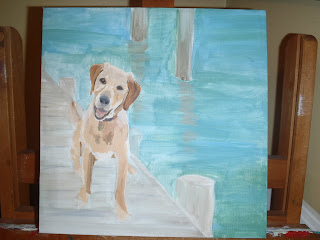 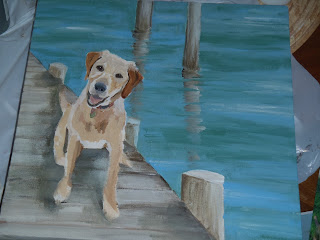 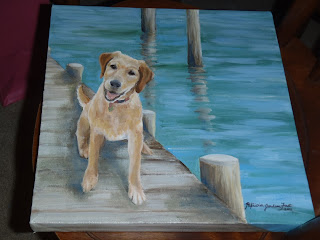 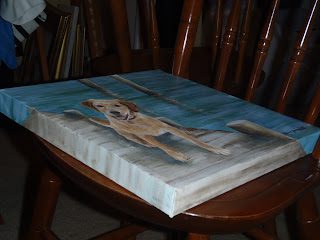 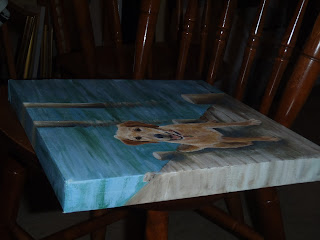 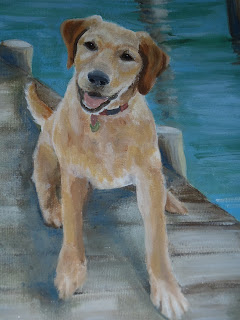 One day, I'll paint my own sweet, curious, rowdy dog. Still looking for the perfect picture to capture that personality.
Posted by Patricia Jordan Fast at 10:37 PM