Getting a head start on Christmas commissions- don't worry, I'm not posting gifts until after they're given. 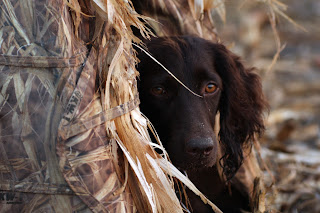 This is Dixie, isn't she beautiful? This was a commission for a friend- he's giving it as a Christmas gift... but he already told the recipient (who supplied this fantastic picture) 11"x14" acrylic on canvas. I've never attempted a dog's face this close-up before! 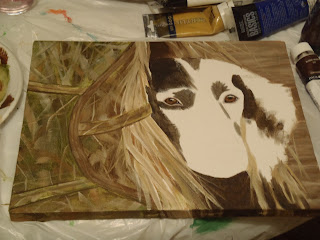 My first thought was, "How does one paint camo?" 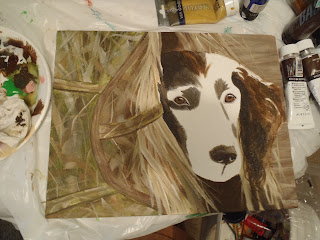 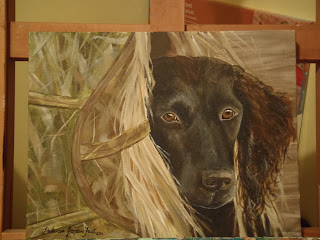 This next project is a palette knife piece of clouds over water- totally created from my head. I looked at photographs of clouds online before I started, but I think I would have been wise to have worked from a photograph.
I really like this one, but at first, no one else who saw it really liked it (it's just not everybody's style), until one sweet friend- who liked it as soon as she saw it, and ended up buying it! Acrylic 10"x20" on canvas. 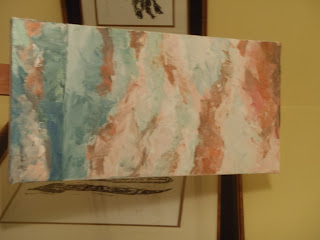